My memories of Passover desserts involve dry cakes, crumbly ladyfingers and ubiquitous boxes of macaroons- the chewy, coconut type, not the trendy french ones.
As a kid, I kind of dreaded the whole holiday and by the end of the eight days, I was usually desperate for some sort of gluten.
But as I got older and more knowledgeable about baking, I realized that working without flour could actually be an advantage. With almond flour, I could make fudgier cakes, softer cookies. By merely whipping egg whites, I could have macarons and pavlovas, and with the leftover yolks, I could make zabaglione and creme brulee!
Butter and sugar could be caramels and toffees and chocolate could be used to make flourless tortes and souffles. In fact, Passover’s restrictions are a gateway to desserts more decadent than the ones I usually make, and my opinion on the holiday has obviously changed since I was little.
This chocolate mousse is definitely one of those decadent desserts: it’s classic, airy and deliciously rich. Made with few ingredients, each one shines; the chocolate and cream making this luxuriously velvety, the vanilla bean flavoring it gently, and the eggs adding heft, but also airiness.
When I tasted this, it brought me back to my grandmother’s kitchen in Switzerland, where I used to eat way too much of her chocolate mousse. Anything that evokes such memories is instantly a keeper, and I know this is a recipe that I’ll make beyond Passover, again and again. 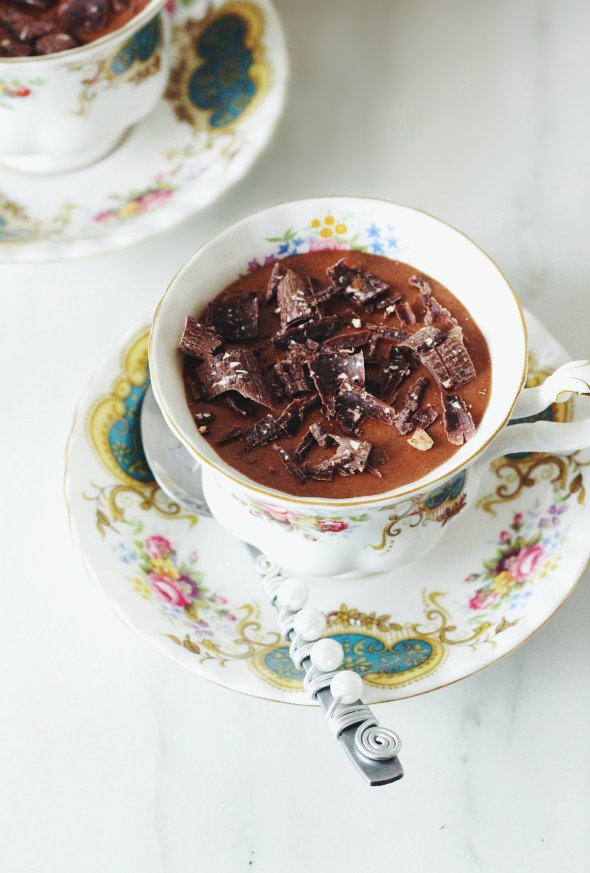 Why I love this recipe: this is one of those recipes that uses a few, simple ingredients to create something really delicious; in this case, a rich, decadent chocolate mousse. Heavy cream and dark chocolate make this velvety and smooth, whipped egg whites add the classic, airy texture, and the vanilla bean adds an extra dimension of flavor.

Notes: If you want to serve this after a meat meal, substitute kosher for Passover whipping cream for the heavy cream. Or, make my grandmother’s super simple, dairy-free chocolate mousse: melt 4 oz. of semi-sweet chocolate and combine with four egg yolks + 1 tsp vanilla extract, coffee or kirsch liqueur. Whip 4 egg whites with a 1/2 cup of sugar until soft peaks form, around five minutes on medium speed. Add a pinch of sea salt to the whites as they whip. When done, fold the chocolate/yolk mixture into the whipped whites and refrigerate for a few hours, until set. 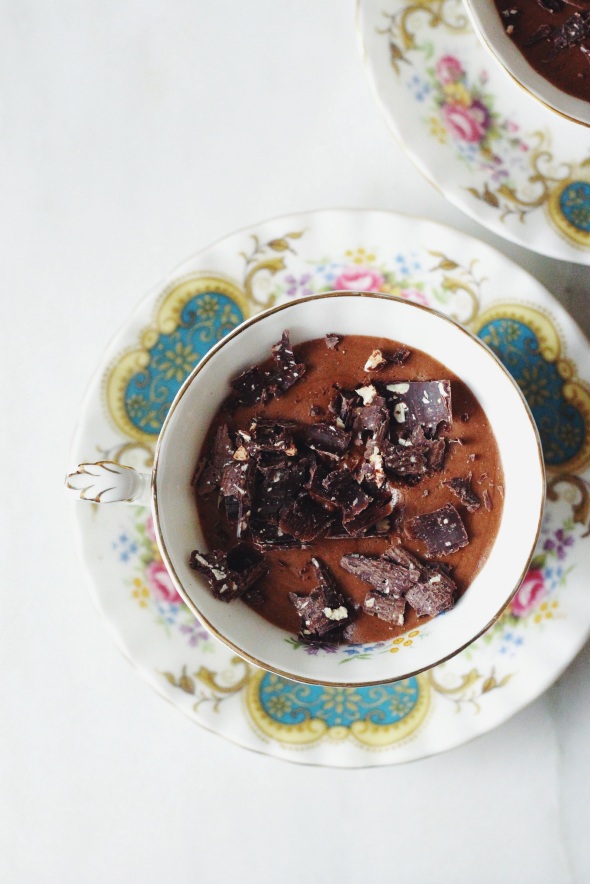 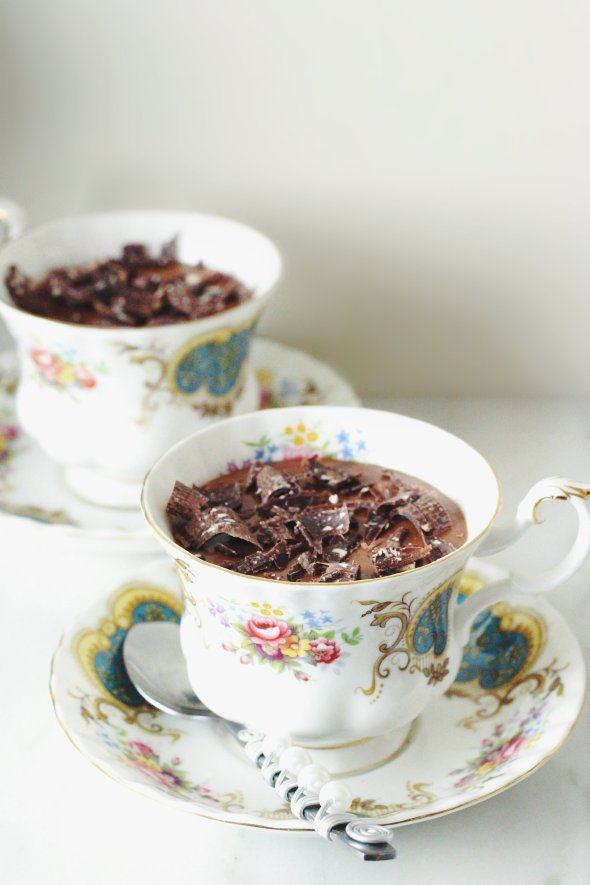 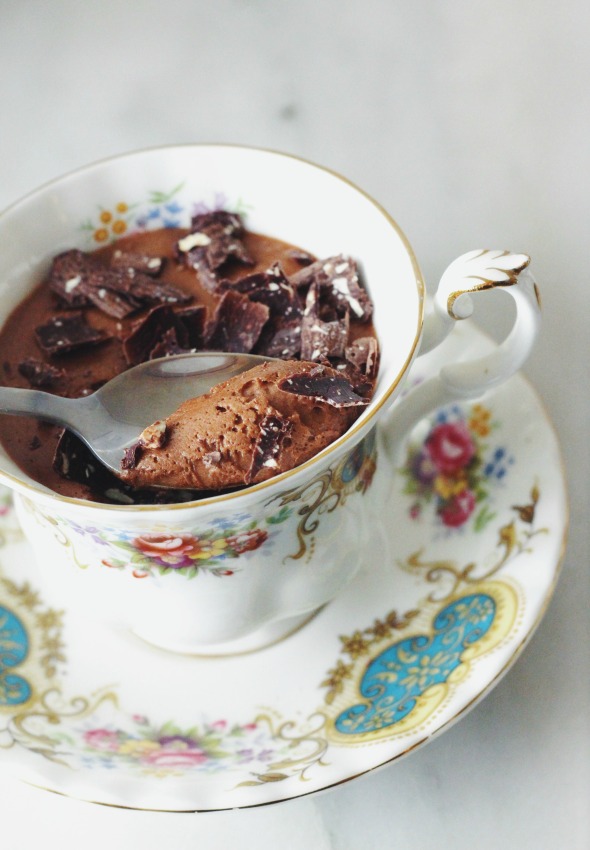